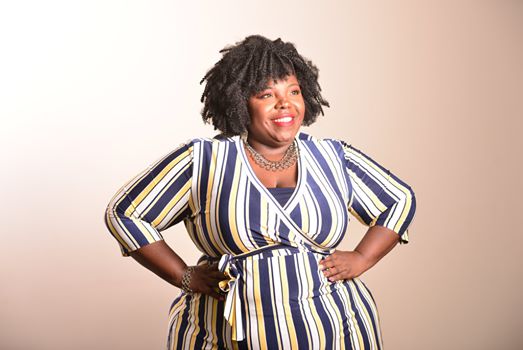 Do you believe in destiny? I do! Becoming a lawyer was my dream – until I found out how long I needed to be in school. Moment in over! Next in line was banking (because of my Mom).Growing up I would watch my mom dress all fancy to go to work and I thought that was super cool. So, at the age of 20, I became a Banker starting as a part-time teller. I ended my banking career as a Fraud Investigator specializing in internal fraud. After 16 years in the banking industry I was unemployed living off my savings and a large chunk of my 401k. Frustrated and unsure of my next move, nor certain that I wanted to continue in banking, I started applying for different jobs.
After two months, I woke up one morning and checked my email. To my surprise I had an offer letter! While I was thrilled, I was also a little puzzled because I had not interviewed with the company making the offer. I read that email a few times just to make sure it was not a scam. After reading it the third time, I noticed there was a phone number. I curiously called it. The representative confirmed the email. I stressed to her that I didn’t have an insurance license. She assured me that the company would train and help me study for the State exam – at company’s expense. Listen, we were talking base salary plus commission. I accepted the position. She instructed me to report to work on Monday morning with my driver’s license and social security card. I was nervous about showing up; the entire way to my new job (that I hadn’t interviewed for) I was praying. I approached the check in counter, gave my name and lo and behold I was on the list! I couldn’t believe it. I WAS ON THE LIST!
A month after training and passing the State exam I was on my way. A few months into working I received a tap on the shoulder, and the Manager asked that I come to his office. As I entered, I noticed a couple of people sitting. The first thing the Manager said (I guess he saw something in my face) was, “You are not in trouble.” That was a huge relief. His next question was about who interviewed me for the position. With my heart racing, I said, “No one.” He then asked me to tell him about my hiring process. I was so nervous. But, after I explained it to him, he thanked me and I sent me back to work. If I should ever have doubts, and when I’ve had challenging days, I remember how I got into this and I am comforted knowing that the love I have for insurance and helping families is my destiny.

Are we shopping or NOT!